I got a late start on the conference, as I only showed up Friday morning, Valentines day. Fact is, I typed out about 8 Tweets. First, the supportive cupcake at lunch
:, 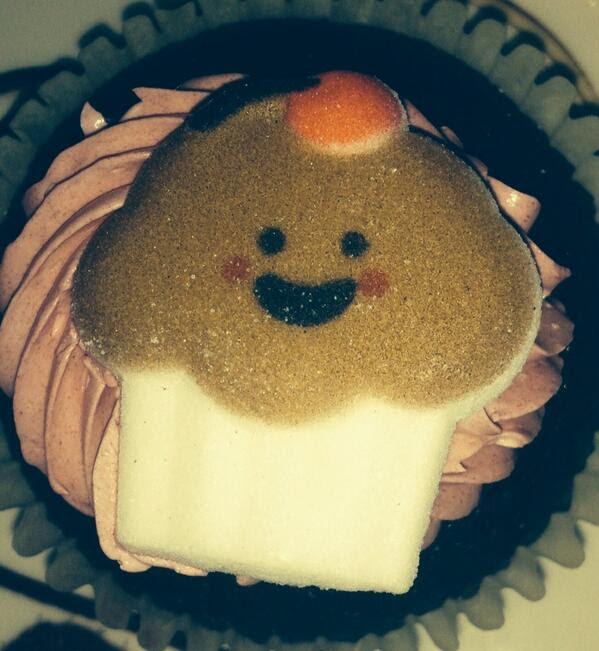 d
Then, the keynote at lunch was Chitra Divalkalkuruni, whose name I misspelled in a Tweet. don’t know how I managed to misspell herThe magic words ‘you don’t have to pay me’ #chitra divulkarney#writing #books name. She talked about the Foothill Writer’s Conference and her instructor, whom I think I just missed–Tom Parker?
I went to two panels with the idea of preparing for the agent speed dating.  This was very good, as I got to see the agents up close and personally. And learn about creating something called a talking tag line, which I needed for my memoir. My pitch was not polished at all, so the tag line “I’m trying, through my memoir, to encourage people who have tragedy in their backgrounds, and 4 of the 6 agents I pitched said “OK, send me a couple of chapters” -but I think they did that just to be nice,
The focus of the conference was really three fold. Craft, community, and marketing. And that included editors, coaches, website designers,promotores and  authors selling their work To be fair, you could actually sign up for a 15 minute free session with them. One of them, NIna Amir, had a very interesting idea–start a blog to write a book.  I follow her on Twitter, so I signed up for a free 15 minutes, It was worth it for both of us, since I bought her book. One of the agents on a panel pitched Nina Amir’s book, then laughed at herself, since Nina Amir is not her client. I tweeted it, after I chased down the agent to get her permission..
Katharine sands, the agent says”I live to plug” talking about #ninaamir‘s new book#SFWC14
She was was of the agents who said she would look at some of my chapters.
Naturally, the panel with fiction editors–the people that work for actual publishing houses–got the big room. They had a couple of interesting things to say, most of which point to the fact that you cannot have an ego about your work:
There was a yelling match at lunch Saturday that I missed–one author bought back the rights for his book, and is making a lot more money per book publishing himself. The conventional publishers spoke up.  So I heard.
I played hooky and had lunch with my niece downtown. But I came back in time to take a session on marketing poetry, which turned me on to the most fun I had at the conference–a jazz and poetry evening, organized by “Dr. Andy” Jones, from UC Davis.  I USED to write poetry, and it was great fun. I bought two books of poems at that evening.  Had too much fun to tweet that. The CEO of BookBaby is a great piano player, and an interesting poet. People are rhyming again! Or maybe they never stopped, out here in California, and I stopped paying attention.
In the morning, the self-publishing vs. old-school publishing battle started again wih Mark Coker, CEO of Smashwords, who called out some high priced publishing houses that have expensive ‘author services’ packages:
Mark Coker, president of Smashwords, just called $25,000 for author services criminal.
If Mark Coker knew how much I paid someone for developmental editing, he’d have a stroke. So I’m not telling him. I really liked this guy, so I followed him around.
Mark Coker, Smashwords, power belongs in the hands of writers.#SFWC14#selfpublishing
YES! POWER! Once you can figure out the damn websites and don’t forget your passwords.  I have to say that the software model, where you write something, then refine it and refine it until everyone is happy has really taken hold in publishing, at least self-publishing at Smashwords.
And  so went to two more sessions by Mark Coker where I discovered that your cover has to match your book, there are various ways to boost your sales, I saw a lot of nifty graphs, and almost talked myself out of contacting the 4 agents who wanted to see my work because self publishing is better. But not quite.  I sent part of my memoir to the agent I liked best today.
–Preeva

Author of a memoir called The Girl On the Wall, and working on a novel. Former Synagogue president, gardener, empty nester. Raising bees.
View all posts by Onecakebaker →
This entry was posted in Uncategorized and tagged Uncategorized. Bookmark the permalink.

From My Carolina Home

We read to know we're not alone.

Thoughts on the Dead

Site's Moved! Come on over to www.thoughtsonthedead.com

Big Jew on a Diet

Come for the recipes, stay for the irony

Author: As Far as You Can Go Before You Have to Come Back

Cooking up great food for a healthy life

a blog by Erika Herzog

Life from the Sidelines

About a dog and the people she rescued.